Part Three – What happened to Saturday…

Our journey had continued from the West Coast of California and taking an oceanic bearing south to New Zealand, somewhere beyond the sea.

The journey from London via Los Angeles had been a long day and a half. It had been so hard to keep open eye lids that we had missed the pre-takeoff safety briefing, the roar of the engines that lifted the Boeing above the Pacific and a good few hours until our first in-flight meal was served, and of course – when I say meal, you know what I mean. 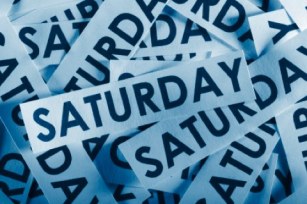 As the films and a range of TV series not yet UK released were being checked off the list, we soared  towards the International Date Line.  It seems strange that there is simply an invisible line that separates one day from another.  During our transit over the ocean we crossed the International Date Line on a Friday evening and continued our journey on Sunday morning.  Hold on a second. I think you’ve missed out on Saturday there, what happened to Saturday? If I ever asked you the question, what did you do on Saturday 10th December 2011, you may very well have fond memories of Christmas shopping in the snow or sitting by the sea in the southern hemisphere.  However varied that Saturday may have been, for you, it existed.  As we cross the line we simply skipped Saturday.  December 10th 2011 never existed for us as we flew towards the start of the day and jumped forward to a day later.

Just a few weeks after our hopping the IDL, the small country Samoa moved across the date line.  Sorry, say that again, Samoa moved across the line? It wasn’t as if a horde of tug boats pulled the island across the line but the country changed the time from being 21 hours behind it closest neighbour Australia to being just a couple of hours difference from it’s largest trade partner.  On 29th December, Samoa went to sleep and woke up on New Years Eve.  Who would have thought that it’s possible to shift time or shift an island, apart from where J.J. Abrams is concerned.

As Sunday morning progressed the darkness began to recede as an orchestra of orange, yellows and reds rose from the horizon through the porthole windows.  The gathering of colours, the vibrancy, the story of new beginnings were painted below.  Is it because we were most likely travelling above the communities of Fiji? The paradises reflecting the glory of a breaking morning into the canvas skies above.  A new day, a new morning, a fresh start.  For us, the start of a new adventure so many miles from home.

Captain Cook and his crew were the first foreigners to find New Zealand, and we were now following in the footsteps of explorers that had gone before.  Discovering a brave new land that had so many treasures.  Landscapes, traditions, culture. But most importantly friendships.

The last food service was offered as we were yet a couple of hours out to sea.  The vast Pacific ruling this corner of the globe, keeping us above water until she was satisfied.  Passengers were coming around, awake from their social hibernation .  Keeping eyes on 11 inch screens and developed language to a primal mumble and grumble.  These airplane travellers slowly develop into people again.  With a wash or a stroll down the cabin, the awakening takes effect.

On touchdown, we received the stamp of approval from the officials guarding the borders and collected the two large suitcases.  In very good form, when considering they had seen the hands and tempers of four tarmac teams.  The adrenalin was already in fill flow and levels were rising still.  It had been almost six years since we had last seen our friends from this side of the world.  As good as social media and video calling is, they are no replacement for face to face meetings.  We were born for community, made for connections.  We are designed to relate to others like no other species can.  To share together, to live, breath and have our being together.  I believe that we are Stronger Together.

As you pull those mobile wardrobes around the barriers and out into the arrivals lounge, your eyes scan the awaiting hopeful faces that surround the security rails.  So many stories, beginnings and endings, horseshoed around the portal of the skies.  Parents, boyfriends, chauffeurs and even a star of the Auckland based ‘Shortland Street’, poised to offer hugs, handshakes and handkerchiefs.

We spotted our friends in the distance and suddenly you know that the late night in London, the ten hours to LA, battling traffic down Lincoln Boulevard and then the past 12 hours over the Pacific highway, would only be a fraction of the distance you would travel to see young people as great as these two.  It has been far too long.  In some friendships it seems that there is some form of higher power that keeps people connected.  It’s not always like this but when it is, there are very special memories to be made and we were sure that this would ring true as we reached our destination.

The Kiwi adventure had begun.

What do you think? Cancel reply

View all posts by deanhogarth